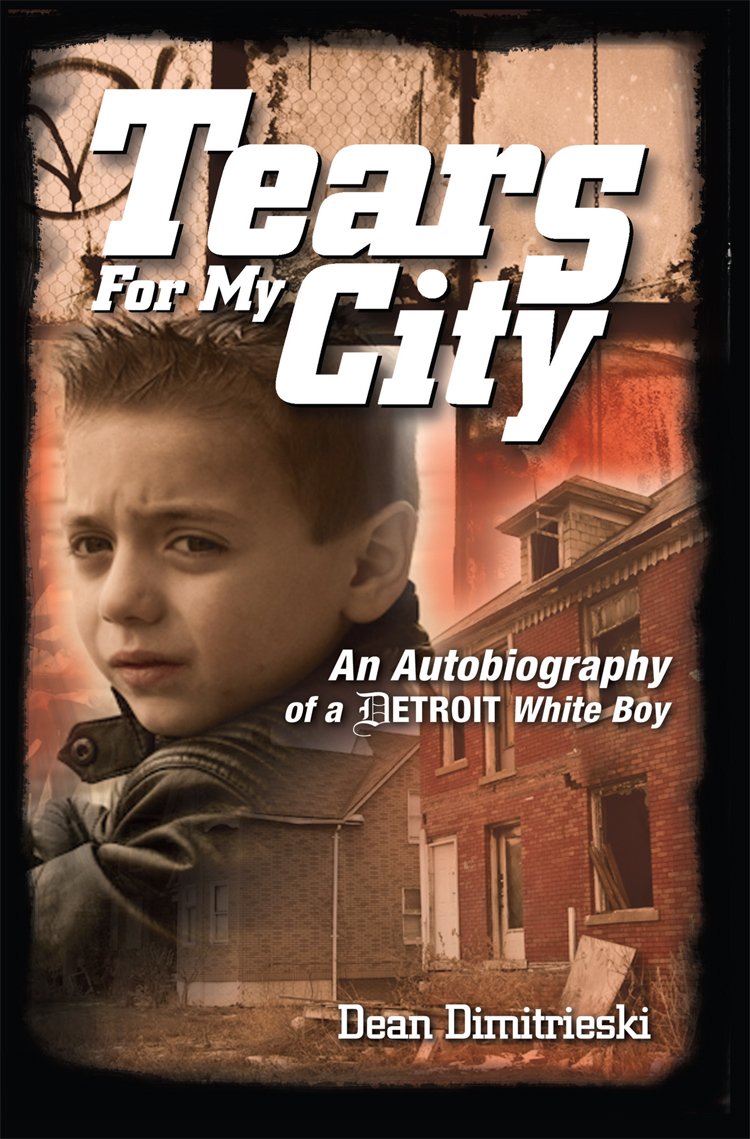 Tears For My City: An Autobiography of a Detroit White Boy, a book published by Bookstand Publishing, and written by Dean Dimitrieski, WON THE  2013 PARIS BOOK FESTIVAL for best BIOGRAPHY/AUTOBIOGRAPHY!

I’ve read the book and it is a great read.  Congratulations Dean!

It is available on Amazon and Bookstand Publishing.

TEARS FOR MY CITY – AN AUTOBIOGRAPHY OF A DETROIT WHITE BOY, TEARS FOR MY CITY, by Dean Dimitrieski,  tells the true story of an immigrant white kid from Macedonia who moves to the most dangerous neighborhood in Detroit at the height of gang violence in the 1970s. With a crack house next door and gangs like Young Boys Incorporated fighting for control of the neighborhood, Dean Dimitrieski struggles to keep himself and his family safe while refusing to join a gang — even when most of his friends are already on the inside. He later befriends two of Detroit’s most wanted drug lords, and just when he feels he’s starting to fit in, he becomes a witness to a horrific crime that shatters his American dream and the life he loved in Detroit.

Register for a FREE Publishing Guide